We are home after a whirlwind drive to Florida to visit my 92 year-old-mother.  For various reasons, it had to be a quick trip.  But we were able to sneak in two nights to enjoy time (and some awesome meals) with our son and daughter-in-law in Georgia.  The drive was strictly a means to get down south and back as quickly as possible–no dilly-dallying for sightseeing or exploring.  In other words, interstate almost the entire way.

It’s a drive we’ve taken many times before.  When I was in college, a friend and I got a ride with a couple in a Volkswagon van who drove straight through–24 hours from Massachusetts to Florida.  They dropped us off in Daytona Beach and we dove into the ocean fully clothed–it felt so good.  On another memorable trip, when our kids were young and both sets of grandparents lived in Florida, we headed there for Christmas.  An unexpected snowstorm closed the interstate in Georgia just as we were coming through.  Fortunately, we snagged a hotel room at an interstate exit.  Others were not so lucky and had to bed down in the lobby.  The hotel’s Chinese restaurant–the only food option–was absolutely overwhelmed.  It took several hours to get dinner, but there was that wonderful festive atmosphere that often arises among strangers stranded together in travel.

Nothing so exciting happened on this trip.  We took I-95 through New York City, the industrial ugliness of North Jersey, and then Baltimore and the Washington DC Beltway. 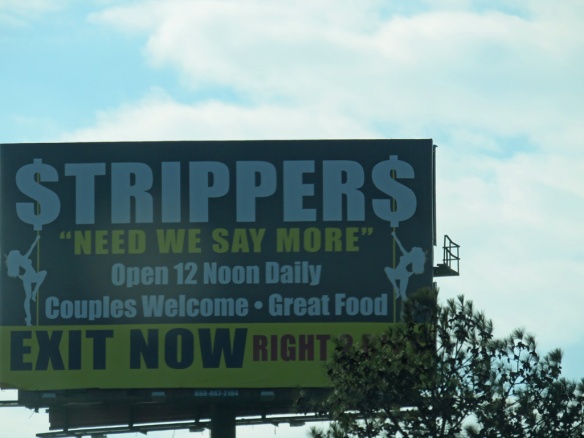 In south Georgia, billboards for “adult entertainment” were interspersed with billboards warning of impending eternal damnation. 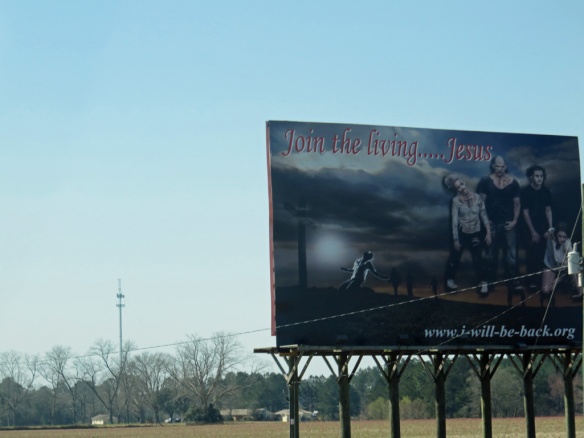 The Walking Dead series is filmed in Georgia and, fittingly, a whole series of religious billboards there featured zombies.

Sandpaper eyes, antsy legs, sore bum, hour after hour of road, road, road.  We did our best to avoid traffic by hitting the cities on weekends.  But there was always traffic and more traffic, sometimes jammed and creeping along for no discernible reason. 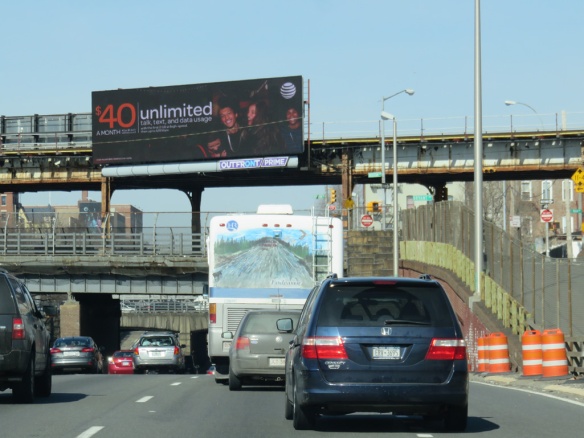 The brave souls ahead of us drove their Class A RV through I-95 in the Bronx.

We had a slice of gorgeous weather in Florida and watched the installation of a new dock in front of my mother’s house.

The metal tube was used to pound in the dock pilings.

The sunsets, as usual, were stunning.

Since her hip surgery last fall, my mother doesn’t walk as far as she used to.

Even so, we found plenty to look at in her yard and on a walk around her neighborhood. 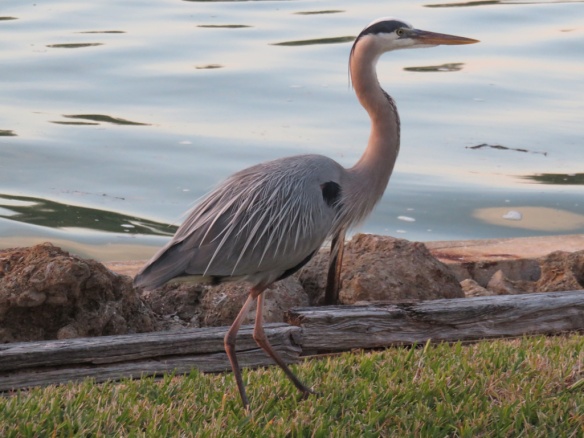 This gargantuan tree was in full bloom and covered with birds sipping nectar.  I don’t know what kind it is and the owner didn’t either.  Does anyone know?  Update:  It’s a Bombax or Kapok tree. 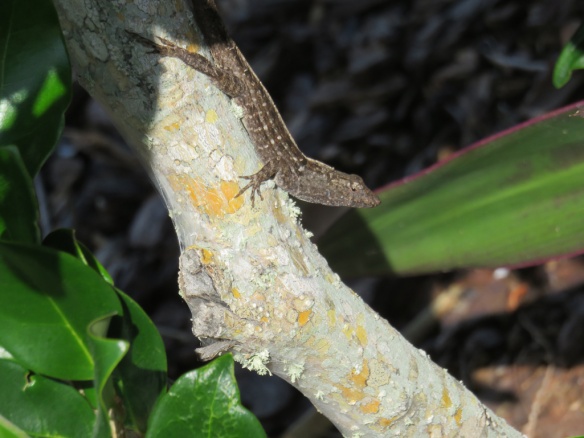 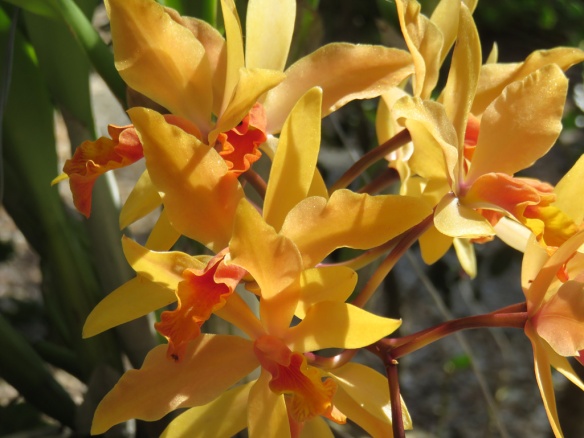 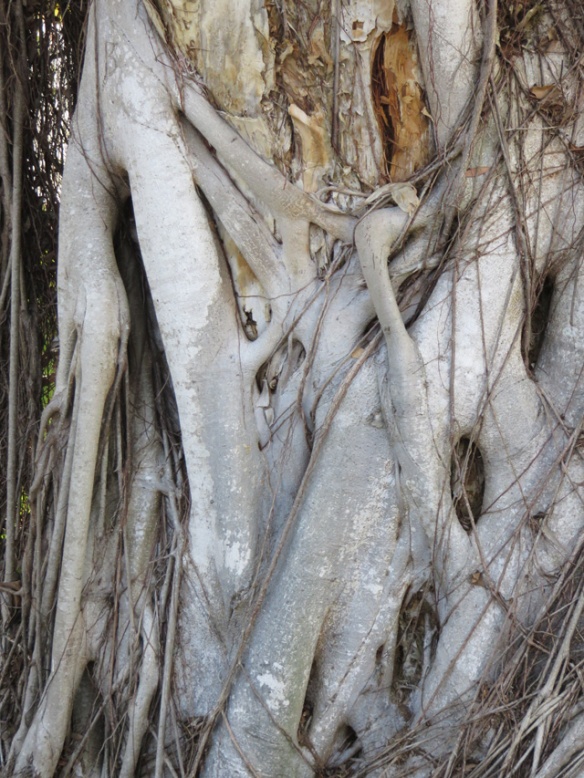 Then, back in the truck, for three more long days of driving.

We enjoyed a lovely misty morning during our brief time on back roads in Georgia.

A view of the New York City skyline from the bridge. I shot this so fast, I had no idea there was a bike rider passing by.

I used to enjoy these road trips to Florida.  Not so much anymore.  We couldn’t wait to get home.