Cape Cod has plenty of flaws. The traffic is horrendous. It has lots of snotty rich people. But our visit was a return to childhood. Outside all day, no plans, no deadlines, a brand new bike for exploration—just like a typical summer day when we were kids. That was, of course, when kids were treated as if they were sufficiently competent to navigate the world on their own with a bicycle.

On the Cape, we had sun and time to spare—a rarity in our working lives. It is difficult to describe the Cape’s September sunshine. It infuses the air with a thick gold that almost—but not quite—seems to be palpable. It makes other colors pop, with more intense blues and greens in contrast.

Combined with the drone of insects and the spicy odors of bayberry and sweet fern—it was straight back to childhood for me. It was eerily as if I had never left New England, even though I have been gone for most of my adult life. Unsettling, but nice, too. Most days on the Cape, I would set out on the bike, with no specific destination or time by which I had to return—a luxury of childhood and retirement. It was a sweet feeling to rediscover. 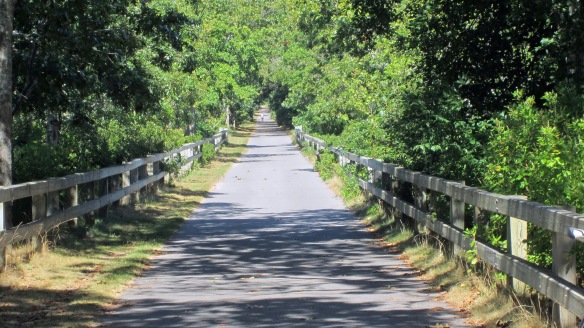 Our campground, Atlantic Oaks, was on the Cape Cod Rail Trail—a 22 mile bike and walking trail following an old rail bed. We could hop on the bike and head in either direction. The trail has bathrooms, bike shops, and restaurants along its route and is prettily heavily used. It also intersects with a trail out to Coast Guard Beach, which was nicely hilly and my favorite ride. I rode and rode and rode, just so happy to be on a bike again. 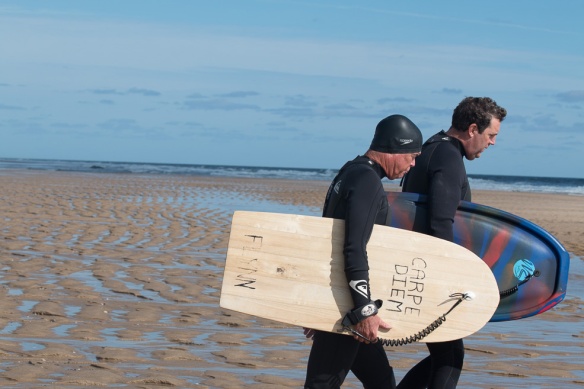 The weather cooled down enough to bring Zoe on a short hike. We took the Pamet trails in Truro to an almost deserted beach and an old house on the cranberry bog. 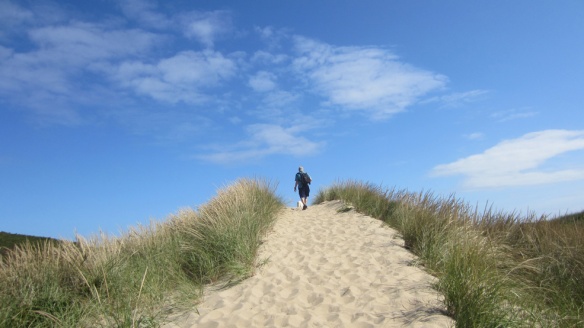 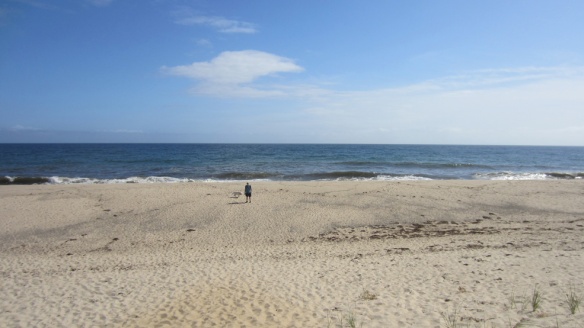 A short hike to this deserted beach–just George and Zoe

On the crowded East Coast–no one there. 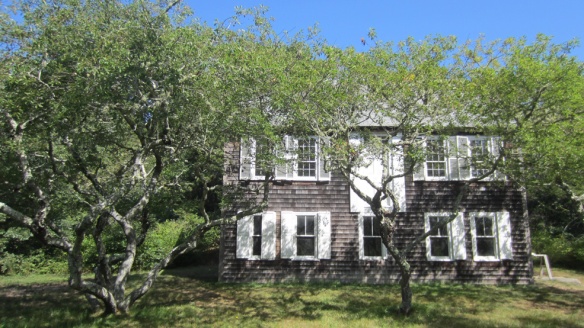 Cranberry Bog House on the Pamet trails. I don’t know why the door is on the second story. More research required. 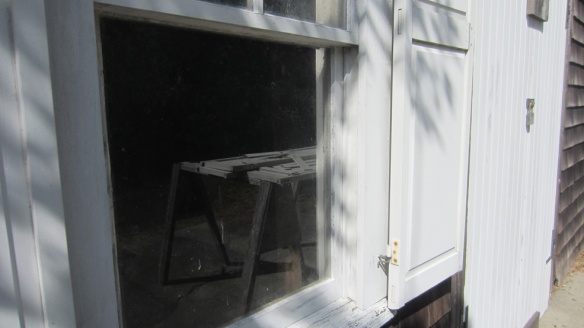 Zoe’s ears now perk up at the word “beach,” where every day she got to race around like a pup. These were her first beaches with real surf and, surprising to me, she had no interest in swimming in the waves. She was happy with a nice wade.

Others were enjoying the (relative) solitude

The beach cliffs. These bird homes look a bit like cliff dwellings. 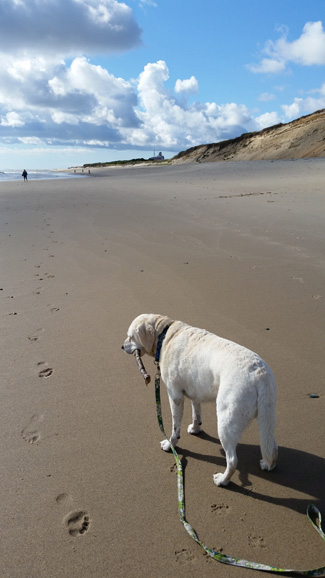 We sacrificed outdoor time one afternoon to finally get our phone service switched to Verizon, which has better coverage than AT&T. The Verizon folks allowed Zoe in the store, where she made herself right a home. Zoe has become a pro at adapting to changing environments. 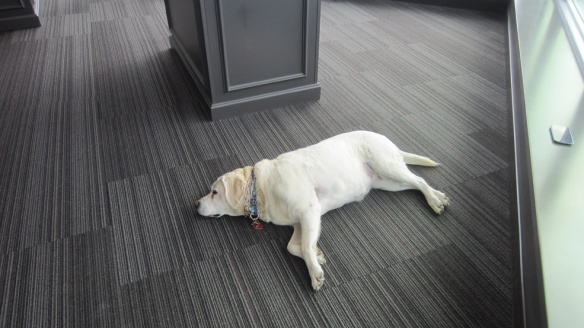 At the Verizon store.  The saleswoman also had a yellow lab.