This makes me hungry.

September in Cape Cod—I’m approaching bliss.  Only one day in, but what a day—blue skies, breeze, not too crowded, NOT TOO HOT, a beach with seals, my favorite lighthouse—it’s all good.

We spent the past two weeks again hanging out with family in Massachusetts (near, but not quite on, the Cape) and putting things in order after four months on the road.  We ate well, drank well, and discussed the way of the world with our good family—soaking up time together that has been all too rare during our years in Alaska.

Conversations on the back patio of our temporary driveway home. Not too shabby a view–pretty sweet, in fact.

We organized–discarding things that we were not using, and buying a few others, including a bike and an RV GPS (it is geared to RVs in planning routes, locating gas stations, and much more).  I initially resisted a “fancy” GPS, being a map lover, and thinking that our free phone apps would be fine.  But after two months of hauling a trailer on the narrow, low-underpass laden, twisted roads of New England (with infamous Massachusetts drivers and tiny gas stations), I had a near meltdown when the phone GPS kept dumping me and reverting to a search we did in Oneida, New York. George kindly suggested that we could buy a better GPS and I gratefully agreed.  We should have bought the RV GPS sooner, but if we had, we would not have appreciated it as much as we do now.

We didn’t really need the GPS in getting to the Cape—one road, straight shot—but enjoyed its features anyway (3D lane changes!).  To me, Cape Cod resembles an arm flexed to show off the biceps, like the Rosie the Riveter poster or the Arm and Hammer logo in reverse.  We are staying in the forearm area (above the biceps), which is full-on National Seashore, thanks to JFK, a part-time Cape resident.  Not only is this area protected from development, but the beaches are unusually dog-friendly—a winning combination.

We had a good morning romping on Coast Guard Beach. 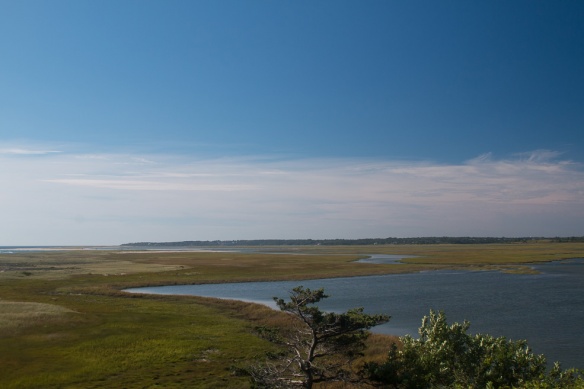 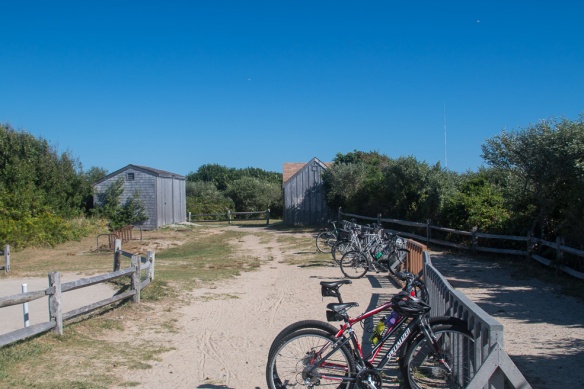 There are extensive bike paths on the Cape, including one to this beach.

Amazing September light and not too many people

There were seals all over the place in the surf right next to shore. They seemed to focus on Zoe, watching her carefully.

What is that white dog up to?

We noticed this before with seals and sea lions (and a bear) in Alaska.  I do not know if they view her as a potential threat, prey, or if they are just drawn to her bright white squirminess.  The only problem with seeing so many seals is that they attract the sharks, including great whites, making a trip to the beach a little more exciting in these parts. 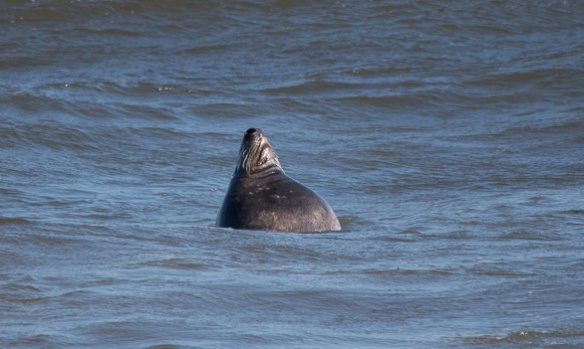 This seal was not looking toward the shore.

Peeking over the foam.

Last week two kayakers seal-watching near Plymouth got their boat crunched by a great white shark–they were unharmed, but wet.  This is Jaws territory. 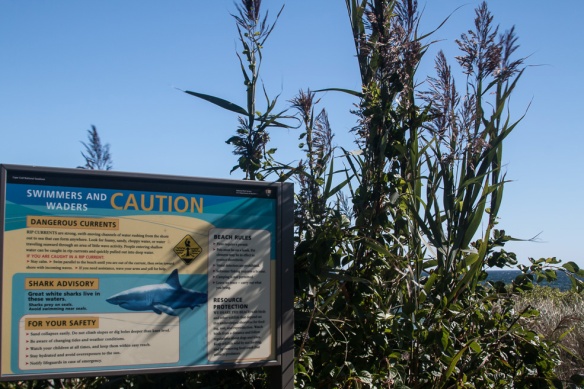 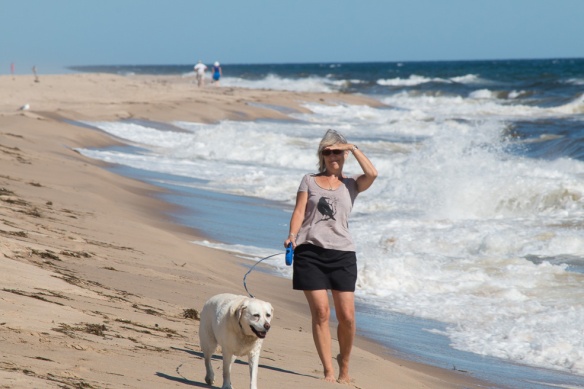 Zoe enjoyed herself on leash

and even more off leash.

No shore development to interfere with natural dune formation

The Nauset lighthouse is right down the road from Coast Guard Beach.  A real beauty, it’s the one featured on the Cape Cod Potato Chip bags. 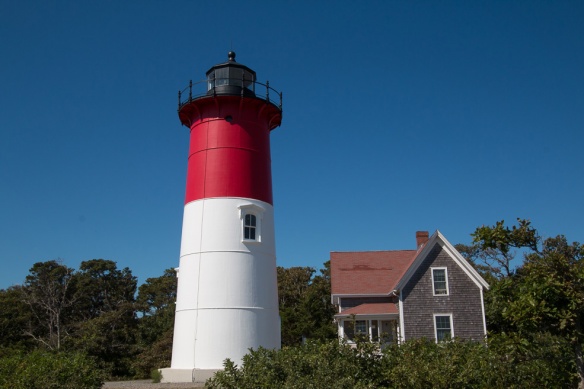 To potato chip fans, this may look familiar

They took some poetic license with the picture, but it’s the Nauset lighthouse

An addiction of mine—potato chips (most especially Cape Cods)—I almost drooled when I saw the lighthouse.  It’s only open for tours on Sunday.  I’ll be back.  Zoe, who also loves her chips, did a full back roll on the grass when we got to the lighthouse.  Another good day. 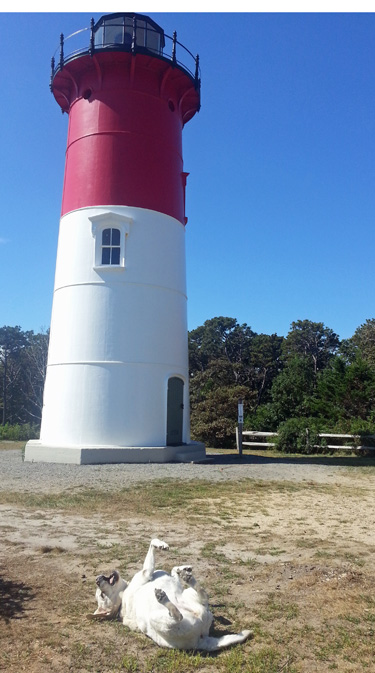 Back rubbing roll at the lighthouse

and later, another ecstatic roll.   We like it here. 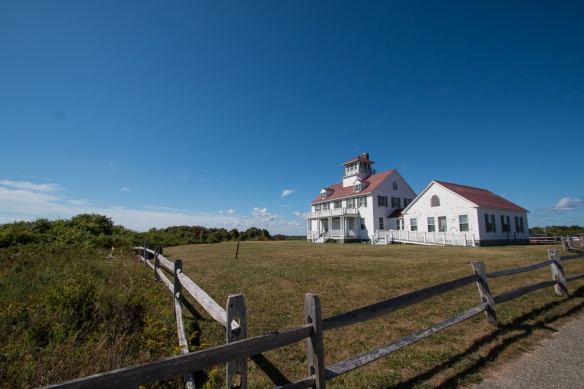